The U.S. government Tuesday announced a reward of up to $10 million for information pertaining to six alleged Russian military hackers tied to the 2017 NotPetya destructive malware campaign.

NotPetya was wiper malware, disguised as ransomware, which was distributed via a legitimate Ukrainian software developer's update server. The malware spread globally, causing commercial damage of up to $10 billion.

"All six individuals work in the GRU's Unit 74455, also known by cybersecurity researchers as Sandworm Team, Telebots, Voodoo Bear and Iron Viking," says a spokesperson for the Rewards for Justice program, which is administered by the U.S. Department of State's Diplomatic Security Service.

The program offers a reward of up to $10 million "for information leading to the identification or location of any person who, while acting at the direction or under the control of a foreign government, participates in malicious cyber activities against U.S. critical infrastructure in violation of the Computer Fraud and Abuse Act."

REWARD! Up to $10M for information on 6 Russian GRU hackers. They targeted U.S. critical infrastructure with malicious cyber ops. Send us info on their activities via our Dark Web-based tips line at: https://t.co/WvkI416g4Whttps://t.co/oZCKNHU3fY pic.twitter.com/u1NMAZ9HQl— Rewards for Justice (@RFJ_USA) April 26, 2022

The Department of State says that since the program launched in 1984, more than $200 million has been paid to more than 100 people globally who have "provided actionable information that helped prevent terrorism, bring terrorist leaders to justice and resolve threats to U.S. national security."

'We Know You Did It'

Whether the six Russians who allegedly launched NotPetya ever get detained abroad and extradited to the U.S. to face charges, the indictment was "a shot across the bow," says attorney Mark Rasch, who's of counsel to the law firm of Kohrman, Jackson & Krantz.

Speaking of the new reward money, "this latest act probably is more focused on three and four," he says.

No matter the rewards on offer, the Russian government never extradites its citizens. But alleged Russian criminals continue to be detained when they're traveling abroad, often on vacation, in response to requests from other nations, including the United States. Extradition proceedings then commence, during which the indictment against a suspect often gets unsealed.

"Should these individuals find themselves in a country where law enforcement and government officials may be swayed by rewards like this, it is possible that these individuals may end up in America's hands," he says.

But experts say it's unlikely that these military officers will ever appear before a U.S. judge, at least if they remain in Russia. "There is no way a Russian citizen is going to grab their neighbor who works for the GRU and say to the Americans: 'Hey, look, I found this guy,'" says Rasch, who previously worked for the U.S. Department of Justice, where he started the computer crime unit within the criminal division's fraud section.

Nevertheless, the indictment and reward money still serve multiple purposes, including complicating GRU officers' lives. "It makes it more difficult for them to go to countries that are not affiliated or protected by Russia," Rasch says. "Because before this, the truth is, they would have to be captured by a foreign government and extradited. Now you're essentially incentivizing individuals to do the same thing." 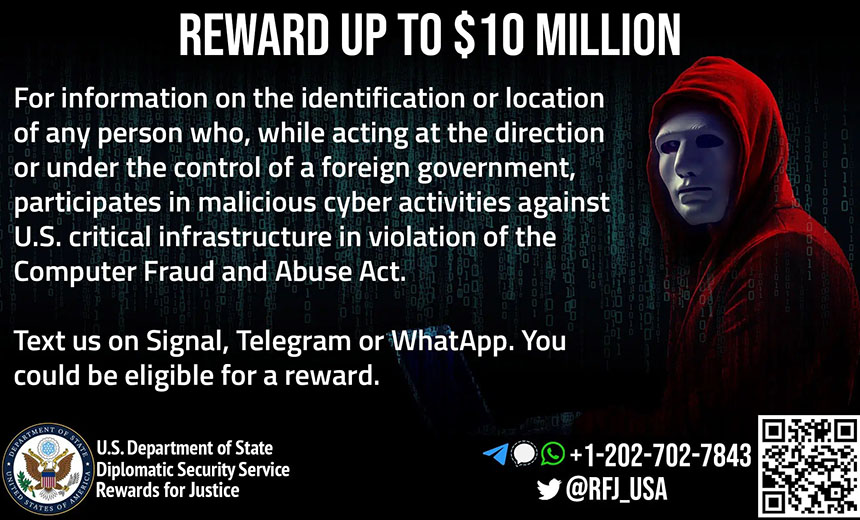 One wrinkle with NotPetya is that some of its capabilities appear to have been built using tools developed by the U.S. National Security Agency, says Thornton-Trump, who from 1989 to 1992 served with the military intelligence branch of the Canadian Armed Forces.

Specifically, NotPetya used Eternal Blue to exploit a vulnerability in the server message block server in Windows and Double Pulsar to install a persistent backdoor.

These so-called Equation Group tools were somehow obtained - the specifics remain unknown - and leaked by a group calling itself the Shadow Brokers in early 2017.

"What America really wants to forget is the carelessness of letting their own NSA super-hacking tools get into malicious actors' hands," Thornton-Trump says. "Russia did not build NotPetya entirely. They added the ransomware payload to an Eternal Blue exploit and Double Pulsar Trojan and as they say, 'kicked the cyber tires and lit the cyber fires' with lots of swearing in Russian following the results of letting it loose."

Spies Are Going to Spy

Traditionally, however, the function of intelligence agencies isn't to unleash destructive malware, but instead to help their leaders avoid going to war by gathering useful intelligence into what other countries are doing, planning or thinking.

In service to this mission, intelligence agents regularly break local laws when operating abroad. At the same time, domestic counterintelligence officials will be working to keep tabs on suspected foreign agents.

"This has been the way spying has worked since the invention of spying," Thornton-Trump says. "U.S. intelligence agents and cyber actors are going to be persons of interest and high-value targets just as aggressive nation-state actors are. It's spy versus spy, and the only difference is a lot of it is done online now, making those actors a bit harder to get at."

One difference with NotPetya, however, is that its purpose "was not espionage, but destruction," Rasch says. Accordingly, the criminal indictment unsealed by the U.S. and the reward now being offered can also be seen as a reminder about what constitutes acceptable behavior by intelligence agencies versus what a federal grand jury considers to be criminal behavior.

Previous
Why Are Fraud Executives Most Concerned About Synthetic ID Fraud?
Next Check Point Pursues More Business Outside Network Security

Boosting Security Resilience and Defending the IT Ecosystem

A Shortcut to the NIST Cybersecurity Framework

Where the Healthcare Sector Lags in Security